Any discussion of the Ishayas’ historical tradition must begin with a reminder that the Ishayas’ teachings are centered around personal experience and empowerment only, and require no belief whatsoever. All traditions teach some form of inward contemplation or prayer, and the Ishayas’ Ascension – being a very powerful tool to achieve this inward movement — can exist within and even without any system of belief.

Nonetheless, the history of Ascension itself is quite long and beautiful. Several segments of that story are recounted in the Thunder series of books, which hint that Ascension has been active in the human sector for many thousands of years — far longer than most historians would consider plausible.

Other than the present time, the most recent revival of Ascension began approximately 2,500 years ago in India, when a young boy named Shankara set off to become enlightened. Being especially gifted, he achieved his goal at an early age, attracting a large following in the process. He rediscovered the principles of Ascension, and founded the four major schools, or Maths, that still exist in the four corners of India. Before disappearing from the world at about age 30, he taught at the northern Math. To this day, principal teachers at all four Maths are given the honorary title of Shankaracharya. Descendants of that tradition were traveling in Egypt some 500 years later, and met another very special young seeker known as Isha, Yeshua ben Joseph, or Jesus, son of Joseph.

From a very early age, this gifted youth had known and lived one central truth — that I and my Father are One — and had an intense desire to share this forgotten, but explosively beautiful human legacy with others. He had, with the assistance of his merchant uncle, traveled extensively seeking a spiritual tradition that resonated to this Truth, but to no avail. When he met these sages from India, however, he knew that his search had ended.

Jesus made the dangerous journey to India and practiced this tradition for several years, then returned to Judea to complete his mission. Second century Tibetan records exist that recount his return journey. The New Testament describes many aspects of the three years of Jesus’ public ministry. For the most part, however, it details the public mission, and refers only offhandedly to the teaching he was giving his rather large body of followers — those going out in pairs to share his teaching with others.

There are many casual references to the esoteric teachings throughout the Scriptures, but because they were ignored by the Pauline tradition, they are much more apparent in texts that have not undergone centuries of editing. Of these, the recently discovered and authenticated Gospel of Thomas serves as a clear link between the inner and the outer teachings of  Jesus.

After the Crucifixion, the remaining disciples traveled to the boundaries of the known world to continue their mission. It was, of course, in the Roman Empire that Pauline Christianity flowered, flourished and finally crowded out teachings it labeled as heretical. John the Beloved was entrusted with assuring that the inner teaching would survive undistorted. He was captured by the Romans and exiled to Patmos for a number of years, where he wrote the Book of Revelation and perfected his practice of Ascension.

Upon his release, he and twelve companions began a journey to the mountains of India. He and the three others who completed the pilgrimage contacted the Masters who had originally welcomed Jesus.

With their assistance, the Ishaya (meaning: for Christ) Order was established in a remote valley of the Himalayas. This beautiful and remarkably temperate garden setting, which has been a favorite retreat of enlightened sages for millennia, has been referred to in the legends and lore of many cultures. The Ishayas call it Vashti, and it is there that the tradition of Ascension has been preserved for the last 2,000 years, awaiting its advent into the modern world. It was in Vashti that MSI was trained in the Ascension techniques, and it was from there that he brought the Ishaya Tradition to America.

MSI began teaching the techniques to all who were willing to learn. He also instructed those who responded to their hearts’ desire to fully live the Ishayas’ tradition how to teach and share Ascension. Hosted in living rooms throughout America, the teaching quickly expanded to several countries including Canada, Europe, Japan, New Zealand and Australia. Today, the teaching continues to expand wherever the interest is expressed. As it has in centuries past, the Ishayas’ Tradition continues to serve the desire of all who choose to remember their natural birthright of enlightenment. 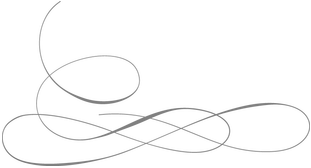